We Had to Raise Capital Too…

Seth, our new marketing analyst, asked me a simple question the other day: “with the level of activity in town why are there not more funds here? What did it take for you guys to raise the first LiveOak fund?” 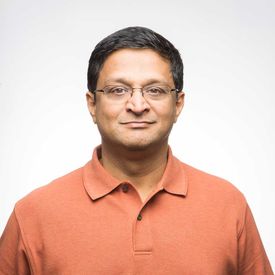 It was a simple question and one I presumed was obvious to everyone. As we talked more and I told him some of the stories from the process, it became clear that this was something that others would appreciate as well. This blog isn’t a full play by play of the process, but one that intends to give you a flavor for what we went through to raise a new venture capital fund for the Texas market.

The three founders of LiveOak had worked in the venture capital business for over 10 years together at the preeminent venture firm in Texas and had a demonstrable track record. As a result, our expectations were that this would be an easy process. Even more so, we thought that it should take no more than 6 months from the time we left our previous firm. Boy, were we about to get a lesson that we would never forget!

The macro market environment was one of the worst we had seen with the repercussions from the financial market crisis still reverberating through the system. The public markets had just taken their biggest corrections in a long time. By virtue of focusing on private markets, the venture capital markets took a longer time to feel the full impact of these macro disruptions.The first thing that happened is what is popularly known as the“denominator effect” — since the public markets had corrected aggressively resulting in shrinking asset bases, the allocation to any asset category gets bigger even when no new investments are made. Allocations to public equity and debt can be adjusted quickly as they are liquid markets but investments in private equity are long term and cannot be changed quickly which results in most limited partners (LPs) finding themselves at or above their desired target allocations (at times even without investing in any new funds). The result is that most LPs at this time were more focused on consolidating their GP relations, not adding to it — definitely not looking for a new fund focused on Texas.

Lastly, all the LPs we knew personally were long time investors in our former fund and had an established relationship with a Texas focused firm. They did not need increased exposure in Texas, especially weighing in the denominator effect. This meant we had to find ourselves a completely new set of LPs that would be open to making a bet on the Texas market with a team that was raising a first time fund in a macro market that was constricting.

If you are asking yourselves “what in the world made them even try to do this?” you are asking the right question. Looking back on the situation it seems a bit crazy. Sometimes the only way to do something seemingly impossible is to not know that is what you are up against.

Needing to start from scratch without an “installed base” of LPs, we started with those we knew best. We started by calling in every chit we could. Our friends at various other VC firms that had co-invested with us (firms like Lightspeed, Sierra, Matrix, Trinity, NEA, August and Redpoint) generously walked us through their LP lists and made introductions. While the LPs we knew from our former firm couldn’t invest in our fund, they referred us to others that they thought might have an interest and accepted reference calls for us.

These introductions got us started but we quickly realized that to make the odds work, we had to cast a significantly wider net. Enter LinkedIn, an aspiring GPs best friend. We looked up every LP we wanted to talk to and found someone that knew them (in some cases even explored 2nd level relationships) and asked for introductions. We brute force cold-called and email pestered until we got an opportunity to present our case for the Texas market and highlight our track record investing in it. Days started and ended with us sitting in the back of Café Uno or Lola Savannah emailing, calling or researching LPs and ways to contact them. Sound familiar?

As I took the long flight to India last week, it gave me the time to take a look at my calendar from the time when we were raising our fund. Here are some back-of-the-napkin statistics for the 18+ month process to bring LiveOak to life. If anything I bet these stats are conservative as there are meetings my partners took without me and not everything was meticulously scheduled on our calendars. Nonetheless, here goes:

While we had our share of visits to New York, Boston, Chicago and San Francisco, our fundraising also took us to places like Springfield, Illinois (much nicer than you would think and gluten-free friendly!), Albany (beware a pair of Texas VCs driving in a snow storm overnight to make meetings in Boston), St. Louis, Indianapolis, Raleigh and Charlotte. We even had a trip to Mexico that involved a lot of Tequila tasting. Don’t ask — we were desperate!

If you think raising capital for a startup is hard, try raising a fund.Especially, a first time fund in a recessionary macro environment. The conventional wisdom in fundraising is “get an anchor investor and it’s downhill from there”. Well, we got ours in Q3 2011. We were then told “get another large LP and then its really downhill from there” — we did that too in November of 2011. The big difference between raising capital for a company and a fund is driving the process for a large number of investors to show up on the same day and agree to the same set of terms and documents. As a team, we had been involved in a lot of fundraising for our portfolio companies, but this process surprised us more than we expected. It took us over a year from having our two anchor commitments to closing our fund.

As we reflect on the process, a few things stand out to us about the confluence of people, circumstances and luck that have to come together to support even an experienced team to raise capital. We wouldn’t be here:

As we went through this process, we certainly had our days of highs and lows. There were days we were close to throwing in the towel and updating our resumes. The two things that stayed steadfast in this process were the unwavering support of our families and our conviction in the opportunity presented by the Texas market.

A key lesson from this long and arduous process for us was a deep appreciation for what it feels like to be on the other side of the table raising capital. The lack of any response or feedback, the good meetings that went nowhere, taking a meeting and not really listening — we know how that feels. While I will not claim that we are (or will be) perfect in our own interactions with local entrepreneurs, we became determined to put a concerted effort to avoid such experiences. Internally we call our approach “The Entrepreneur’s Bill of Rights” — that’s a topic for a future post.

As we invest the capital we raised, we try not to forget what it took for us to raise it. If it was so hard for a team that had worked together for 10+ years, and had over $1.5Billion in exits implementing the same strategy in a robust market like Texas to raise the first fund, we can only imagine how hard it will be for others. The only thing that will allow us to raise another fund and invest that here in Texas are the returns we post with this fund and we are willing to be patient and keep the bar high.

We know we will have to go back and do it again soon (trust me we are not eager!) and we hope the combination of better macro markets, a resurgent Texas market and good investment results will make it a bit easier. We hope! And you should too!